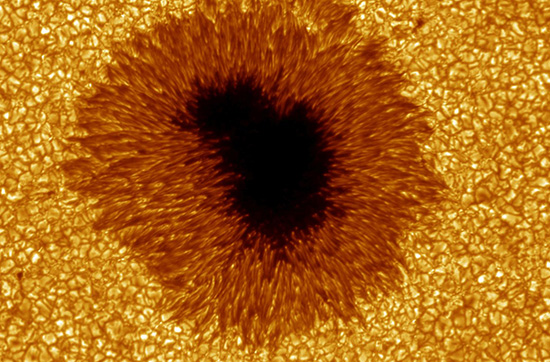 Sunspots are “holes” in the surface of the Sun, the visible counterparts of magnetic flux tubes in the Sun’s convective zone that get “wound up” by differential rotation. Although temperature in the dark area is decreased, it’s still around 4000°C and the spots would glow brighter than an electrical arc if you could isolate them from the surrounding photosphere.

Since Sunspots usually appear in groups, the intense magnetic interferences around them allow for a host of secondary phenomena such as coronal loops and solar flares, even coronal mass ejections. 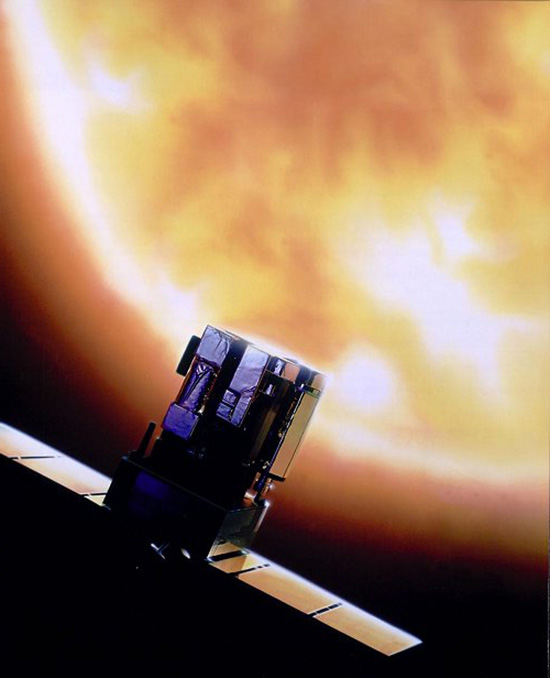 SOHO, the Solar and Heliospheric Observatory – a ESA/NASA joint venture, is basically the first real-time space weather satellite keeping a permanent eye on the sun. Its helioseismological scans of the solar structure below sunspots show that there is a powerful downdraft underneath each spot, forming a rotating vortex that concentrates the magnetic field, in some ways similar to terrestrial hurricanes.